The 1st Asia-Pacific ITS Seminar 1996 Tokyo

The 1st Asia-Pacific ITS Seminar 1996 Tokyo

Following the success of the 2nd ITS World Congress in Yokohama 1995, the need of continuous cooperation among the AP countries/areas was affirmed in the field of ITS, and the 1st Asia-Pacific ITS Forum was held on 24-25 September in Tokyo under the theme of “Towards New Horizons”.

Five Technical Visits were conducted on 24September, welcoming the total of 250 participants. They included the ASV demonstration which was a Japanese public-private joint research on ITS, as well as the major R&D facilities of ITS. These visits encouraged the participants to grasp the cutting-edge ITS development in progress in Japan: 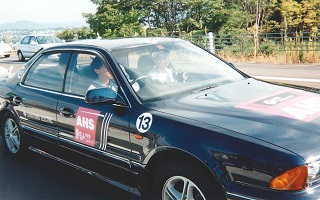 On September 25th, the seminar was started with the Opening Address by Prof. Masaki Koshi, the Chair of the Organizing Committee, followed by the Guest Address by the rep from the Ministry of Construction and Welcome Address by Dr. Shoichiro Toyoda, the President of VERTIS. 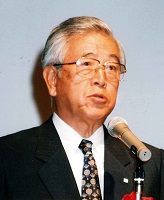 The sessions of “Traffic Conditions and ITS Needs in the Countries/Areas in the AP Region” offered the rare opportunity to the audience to learn about the traffic condition and expectation out of ITS from the various countries and areas in the AP region. And the session of “ITS Activities in Japan” gathered the knowledge from the all the five ITS-related ministries at one place with the activities to enhance the safety and convenience in road transport using ITS.

In roundtables, the distinguished panelists representing the public, private, and academia sectors from in/out of Japan actively exchanged the views and opinions in terms of the countermeasures for development and deployment of ITS in the AP region and the international collaboration on ITS.

In Concluding Session, Dr. Masakazu Iguchi, the Executive Director of VERTIS commented that AP region is facing the following traffic challenges:
1. Motorization is coming with a drastic speed but the road infrastructure cannot catch up,
2. Traffic is mixed with bicycles, mopeds and vehicles on one road, and
3. Roads in big cities should be used with more balanced combination of railway systems and vehicles to meet the high traffic demand.
And he suggested that we could improve the traffic environment in the other part of the world if we could solve these in our region

Lastly, the seminar was closed with the following two agreements with unanimity:
1. The second AP ITS Seminar should be held in 1997, next year,
2. A standing body, the preliminary name given is the Asia-Pacific ITS Coordination Committee, should be established immediately, comprised of the different participating countries and regions.

The Asia-Pacific is a fast growing region as an economic center of the world, while the region has suffered from many problems related to urban transport such as the serious traffic congestion, air pollution, and so on. The high attendance from each countries/areas showed how ITS was expected to solve these transport challenges.

The seminar brought the outstanding results in terms of the number of the participants and contents than formerly expected, and met the original goal that to build the mutual understanding and the collaborative relationship among the stakeholders to deploy ITS in the Asia-Pacific region.